Did you know? The month of August is named for Caesar Augustus, the first Roman emperor. He reportedly said on his deathbed ‘I found a Rome of bricks; I leave to you one of marble’. While this self-proclaimed construction king did not quite coat Rome in that building material, historians do credit him with commanding a massive number of building projects. In the first year of his reign alone, he reportedly had 82 temples rebuilt or repaired. #mbkahn #funfactfriday #romewasnotbuiltinaday #themoreyouknow #weareprettygoodbuilderstoo 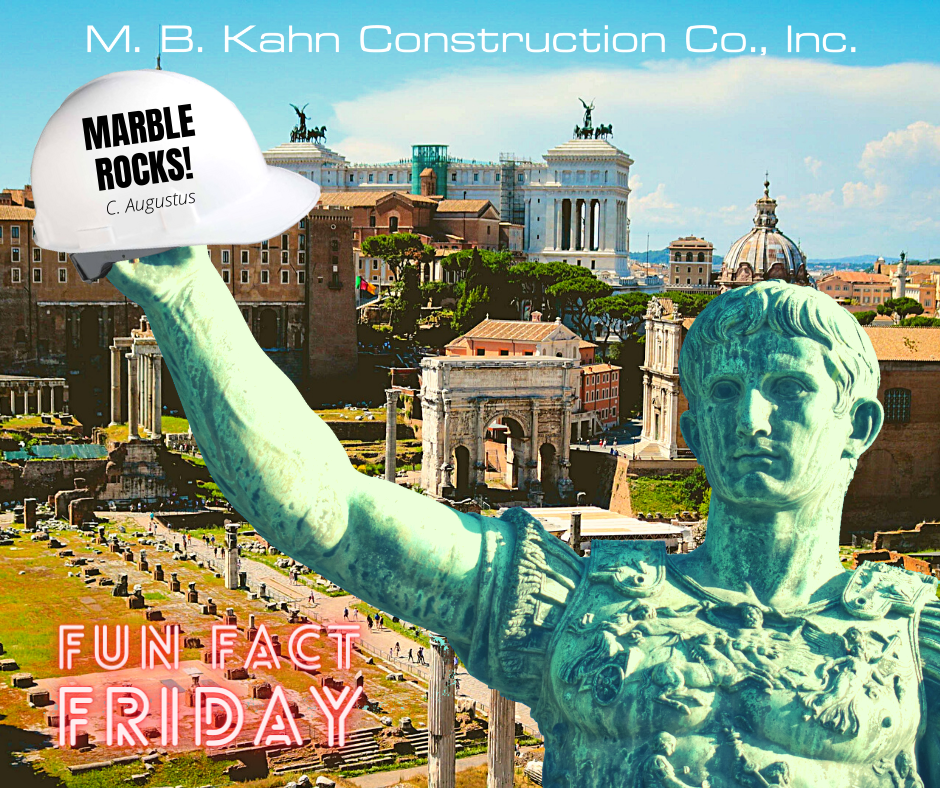